The following is supposed to give you a quick overview over the major features of Vampirism.
There are small features, adjustments or tweaks which are not mentioned here (advancements, loot generation, mob interaction and much more). 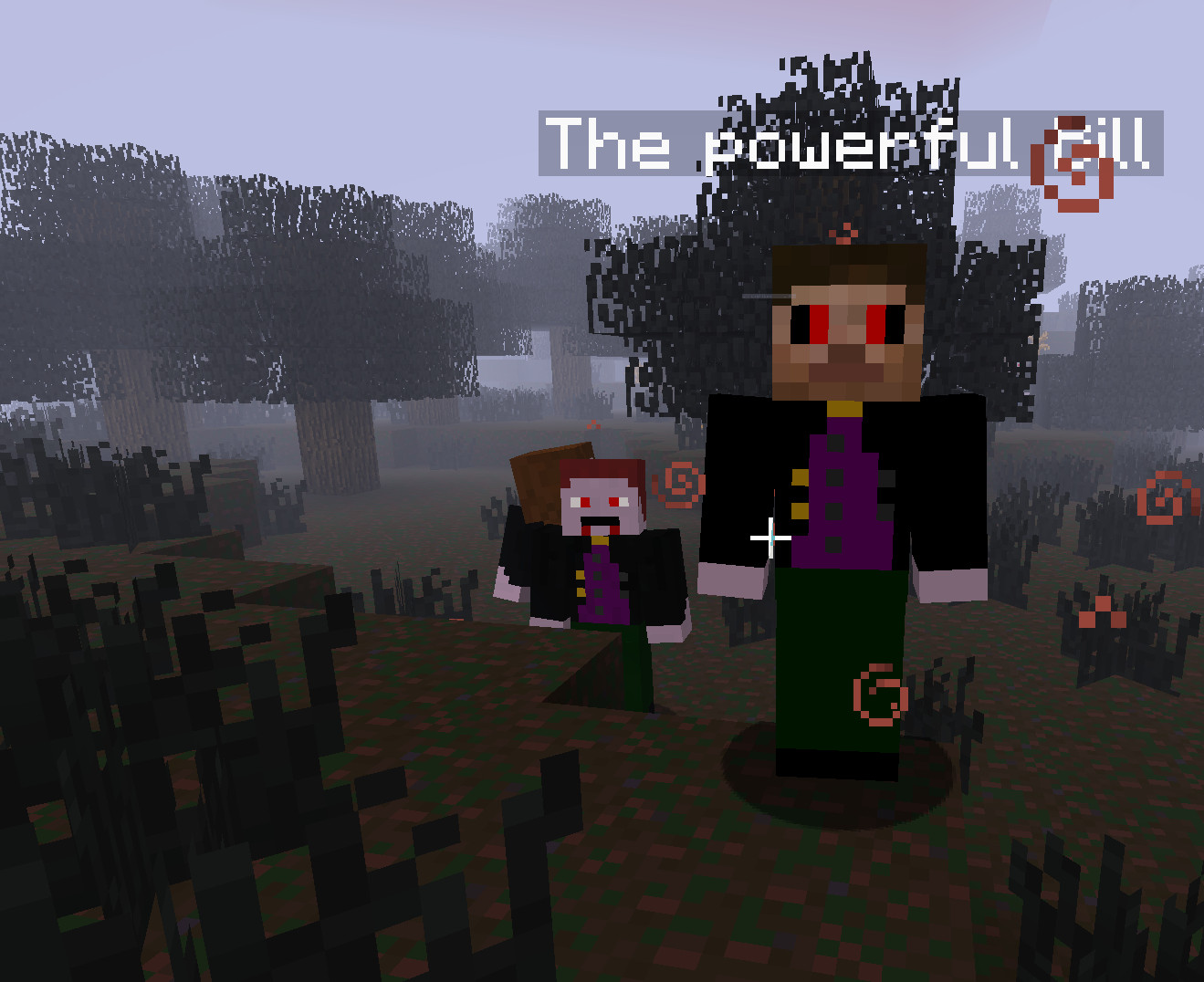 Vampire mobs spawn in the same biomes zombies spawn. They are night active and hunt for non-vampire players. They also occasionally suck blood from animals.
The basic vampires have different levels which affect their health as well as damage. Their level is chosen based on the levels of nearby players when they are spawned.
Moreover, there are advanced vampires, which are even stronger, but drop better loot. Sometimes normal vampires follow them.
They are named after people who contributed to this mod. 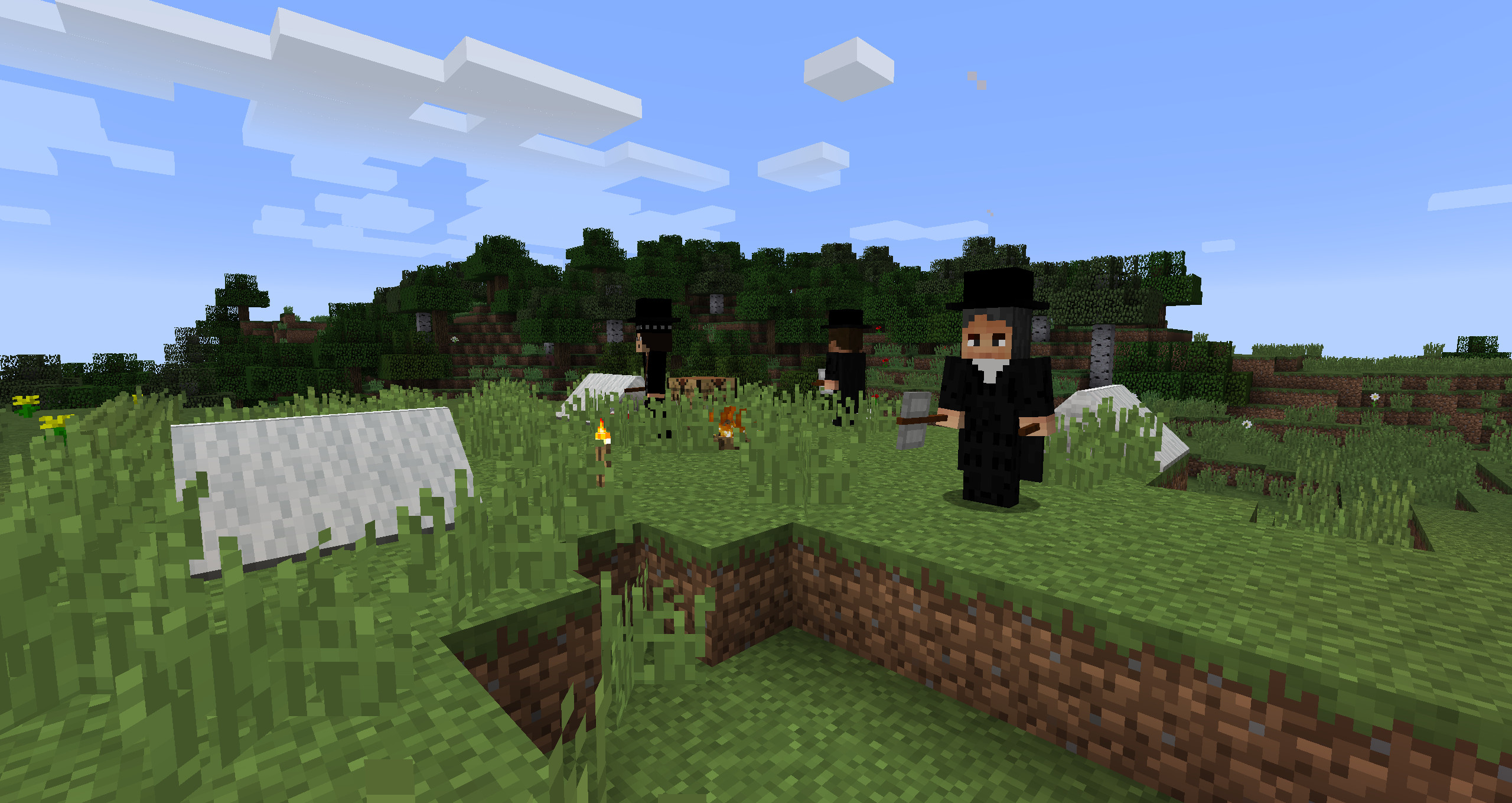 Vampire hunter spawn in small camps generated around the world. They hunt vampires, but usually stay close to their tent.
They also spawn in different levels and sometimes there is an advanced hunter in the camp. 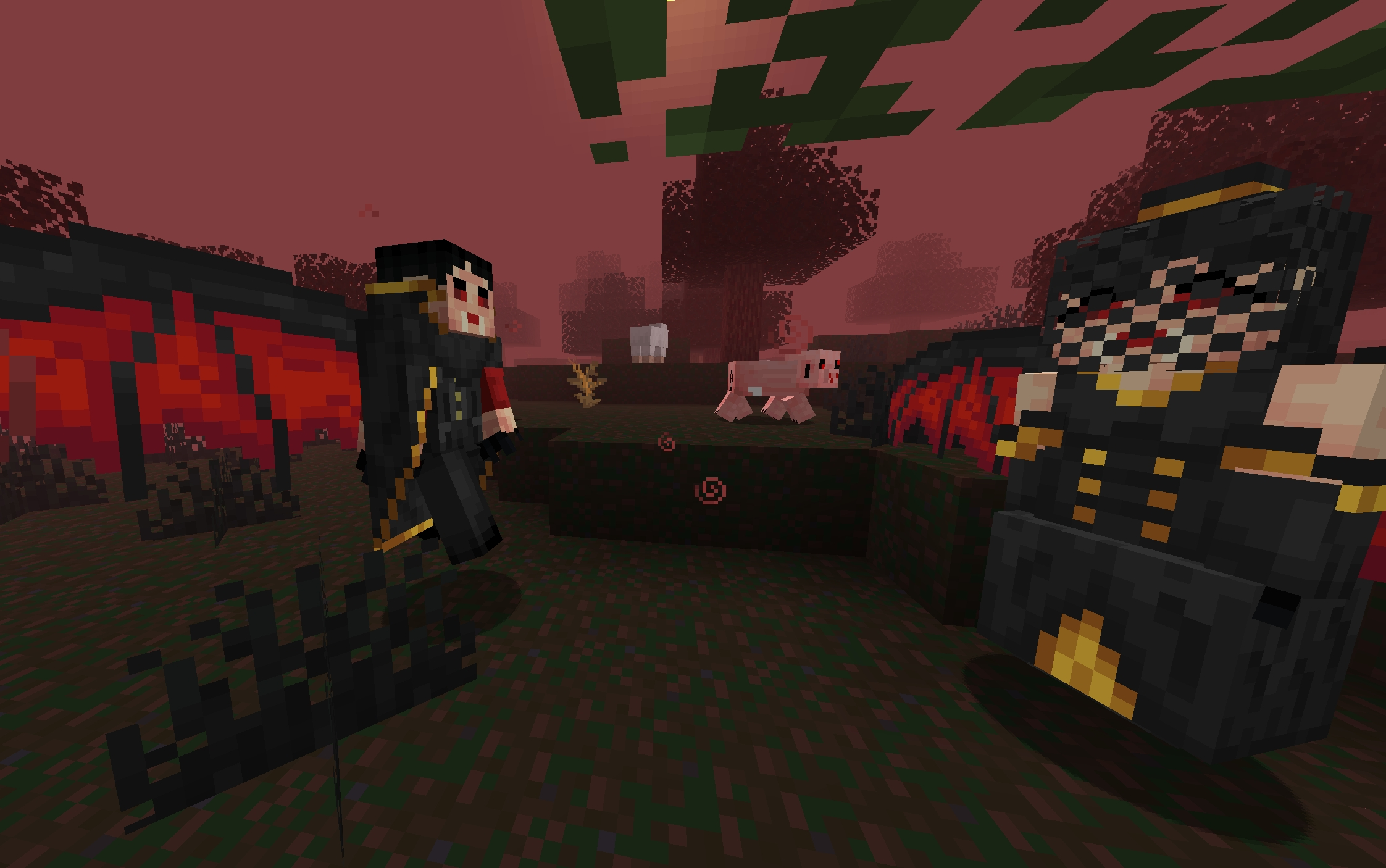 Vampire barons appear in the vampire forest. They are very strong and grow fangs when angered. They do not like other powerful vampires in their territory, so they attack vampire players and other barons. 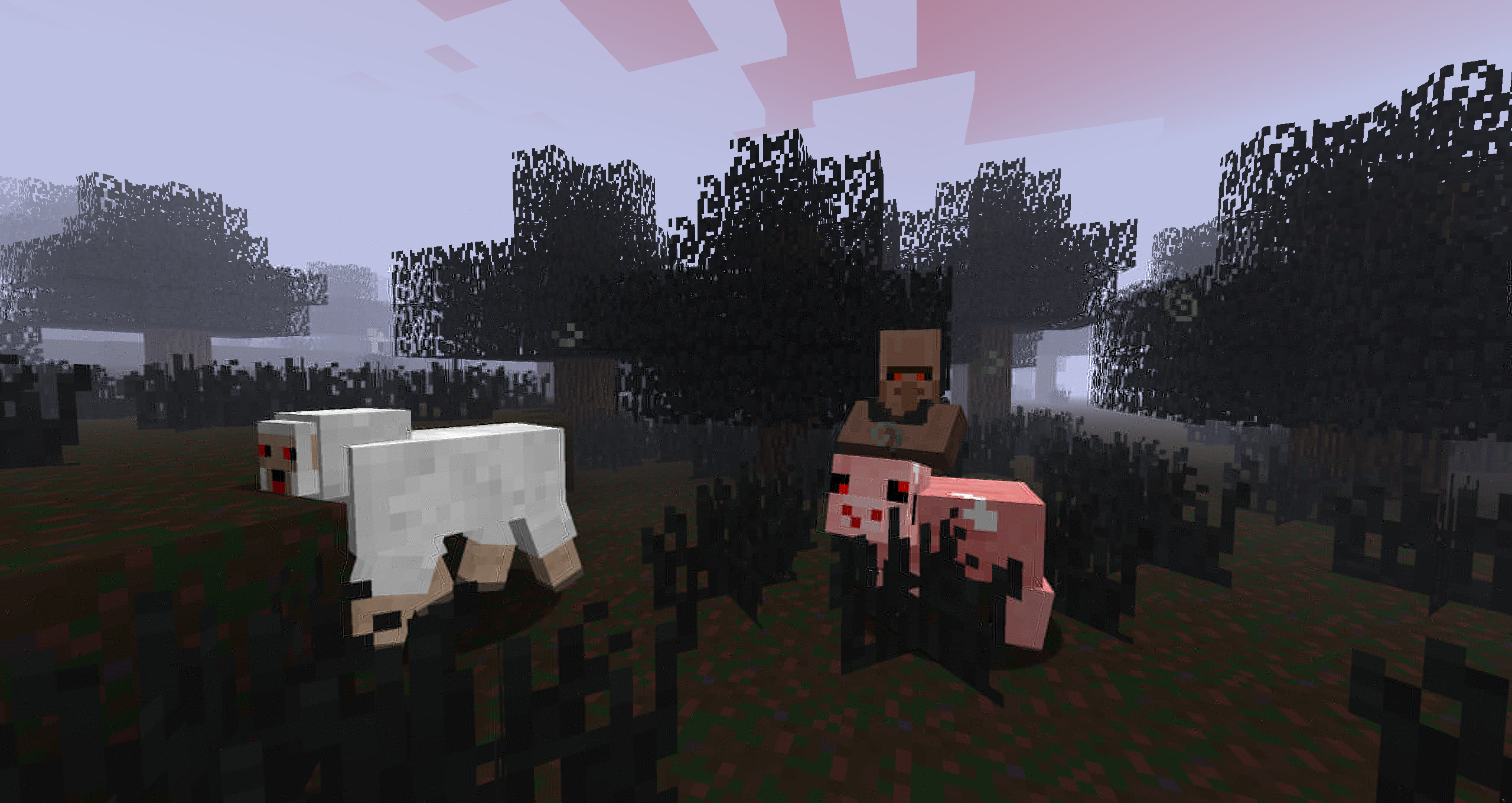 Villages play an important role in Vampirism, since there are many blood-rich villagers there.
Vampirism (slightly) increases the density and size of villages in the world. 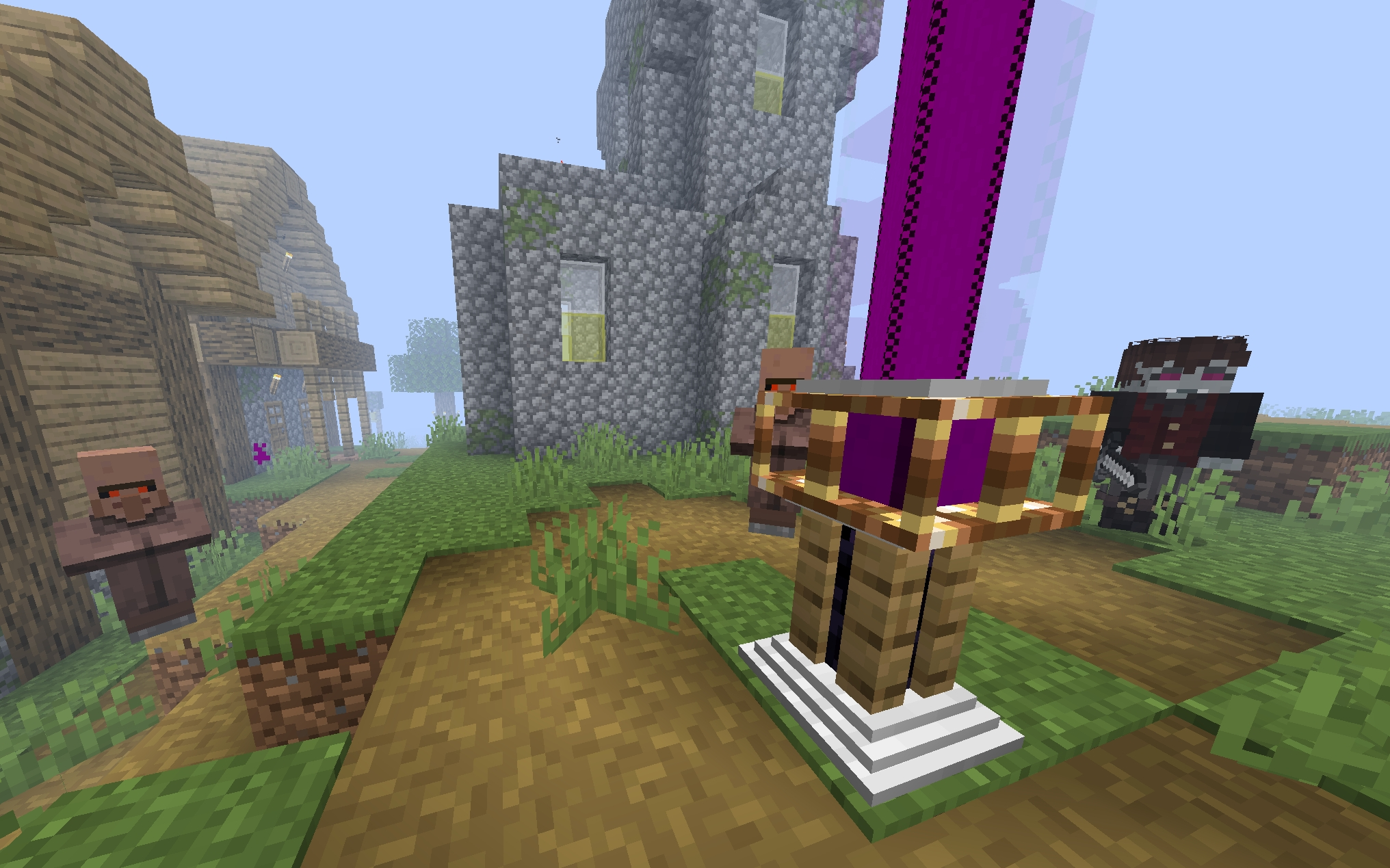 Villagers can be captured and controlled by vampires or hunters. The controlling faction will have benefits in the village like fog to prevent sun damage or better trades. 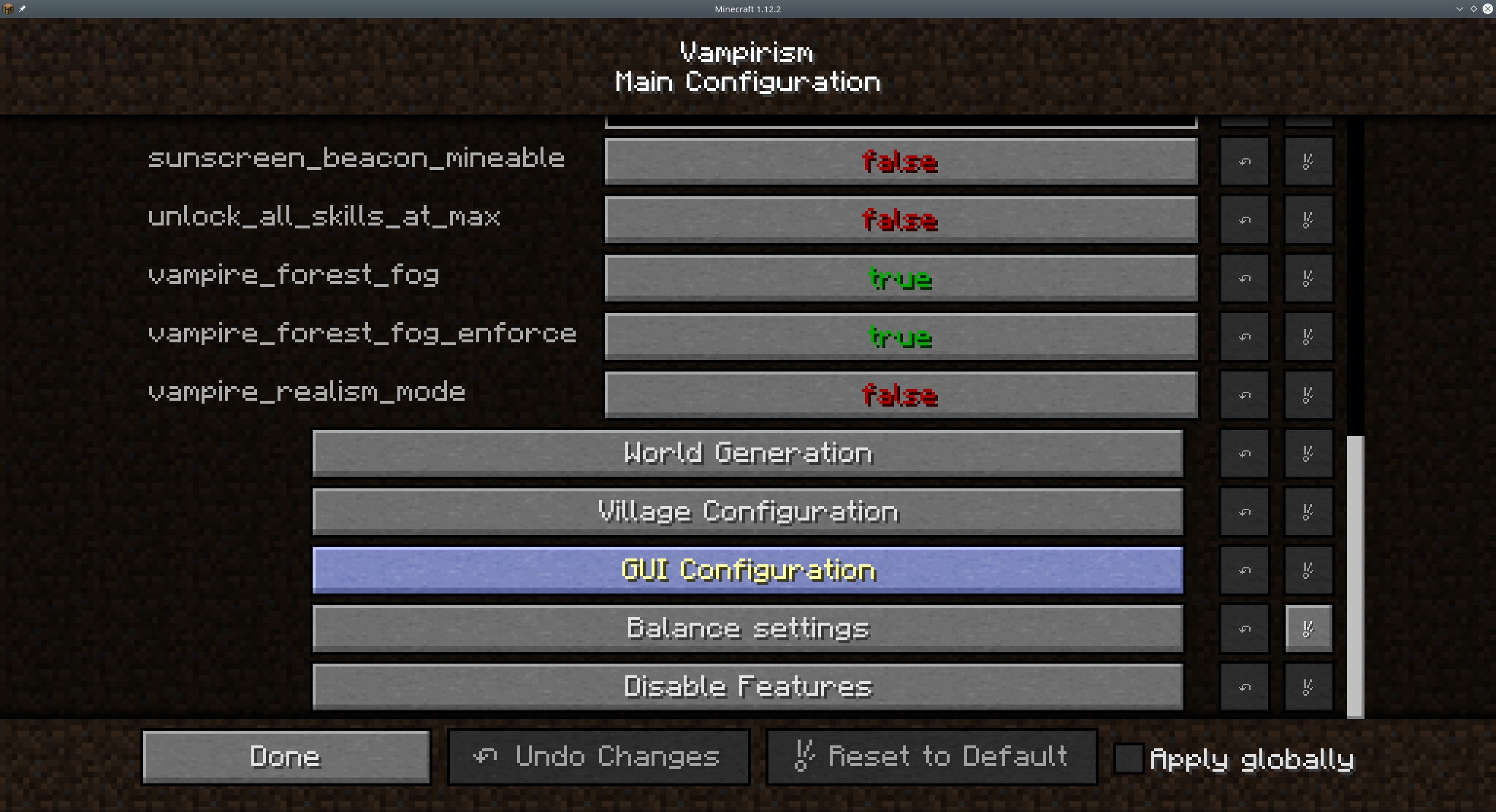 Many aspects of the game are configurable. Instead of modifying the configuration files you can also use the ingame menu (Only in Minecraft 1.12).
Almost all balance related values are configurable in the balance section. For more information see here: Configuration 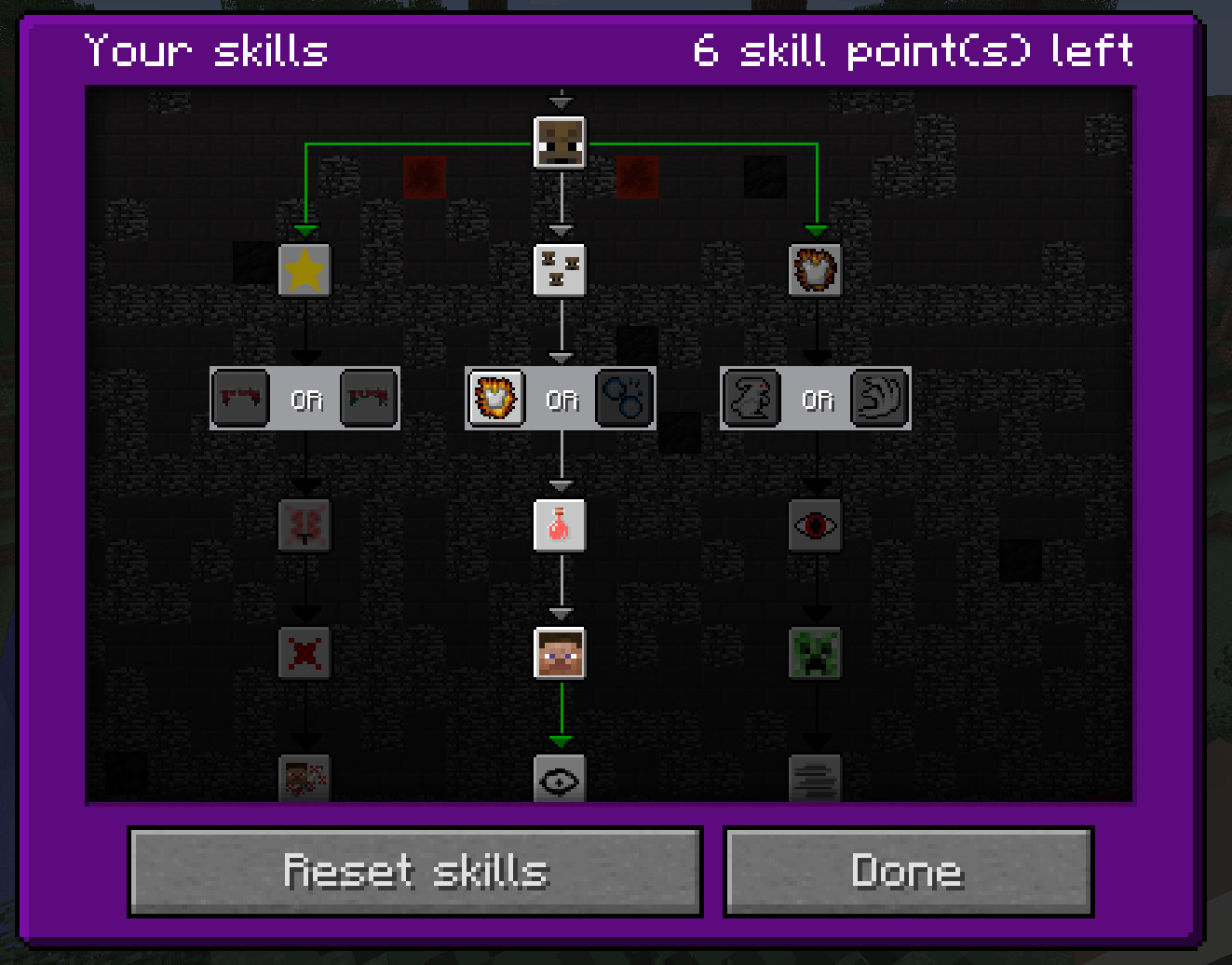 Vampire players can unlock many skills after leveling up. 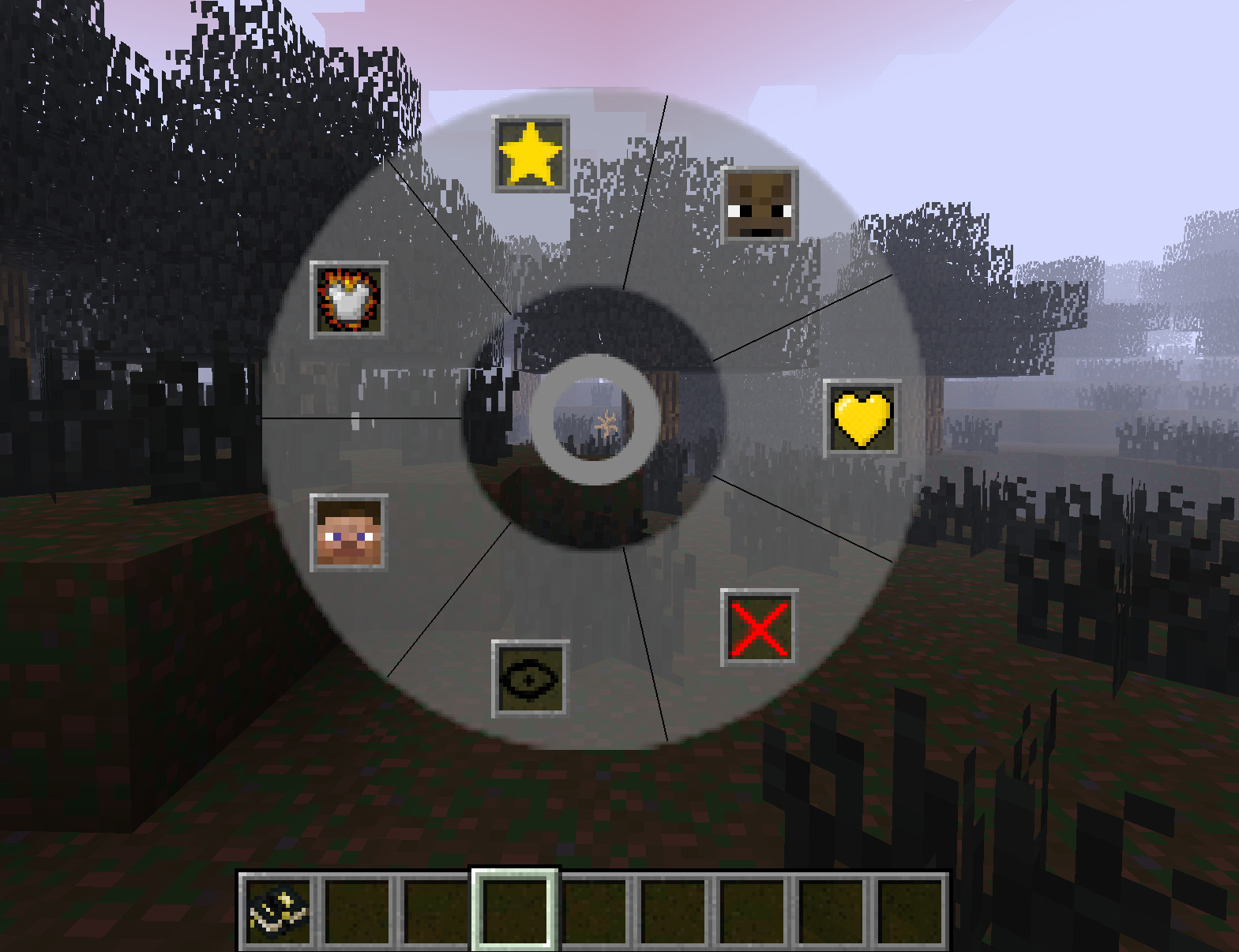 Some skills allow the player to use certain actions like turning into a bat or disguising as a normal human or turning invisible. 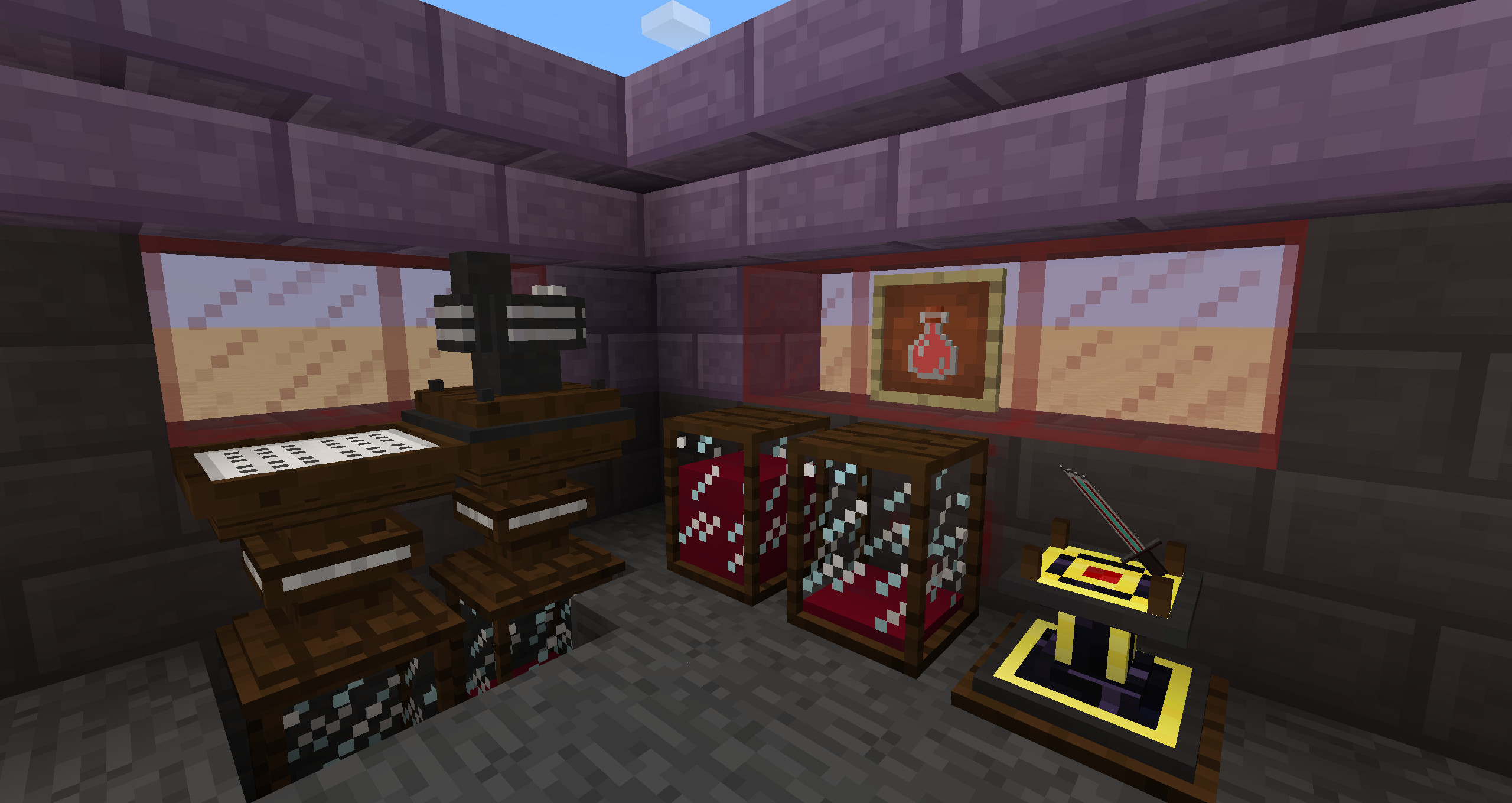 There are different blocks allowing vampires to collect, store and use their blood. 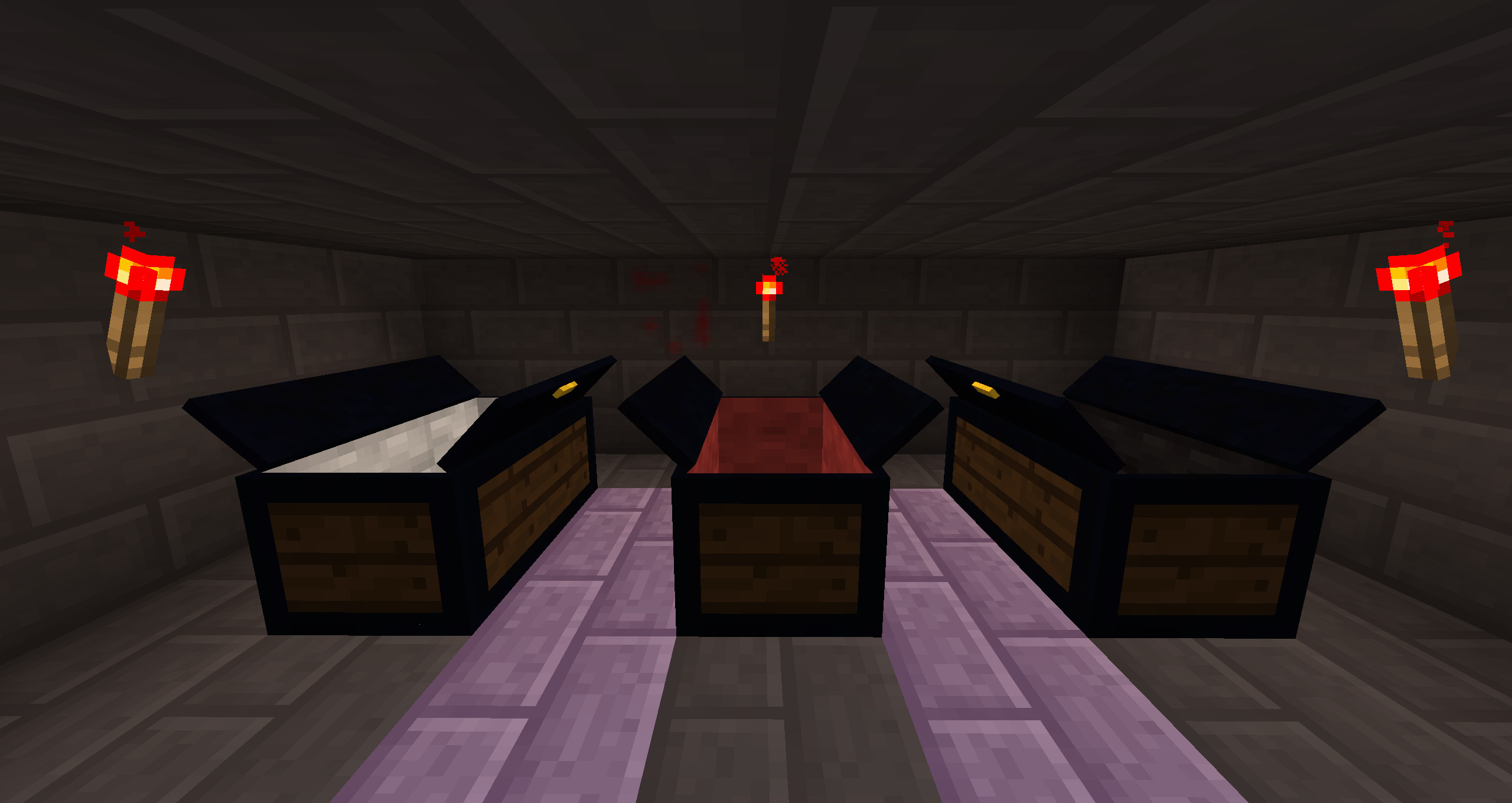 Dyeable coffins allow vampire players to sleep with style during the day. 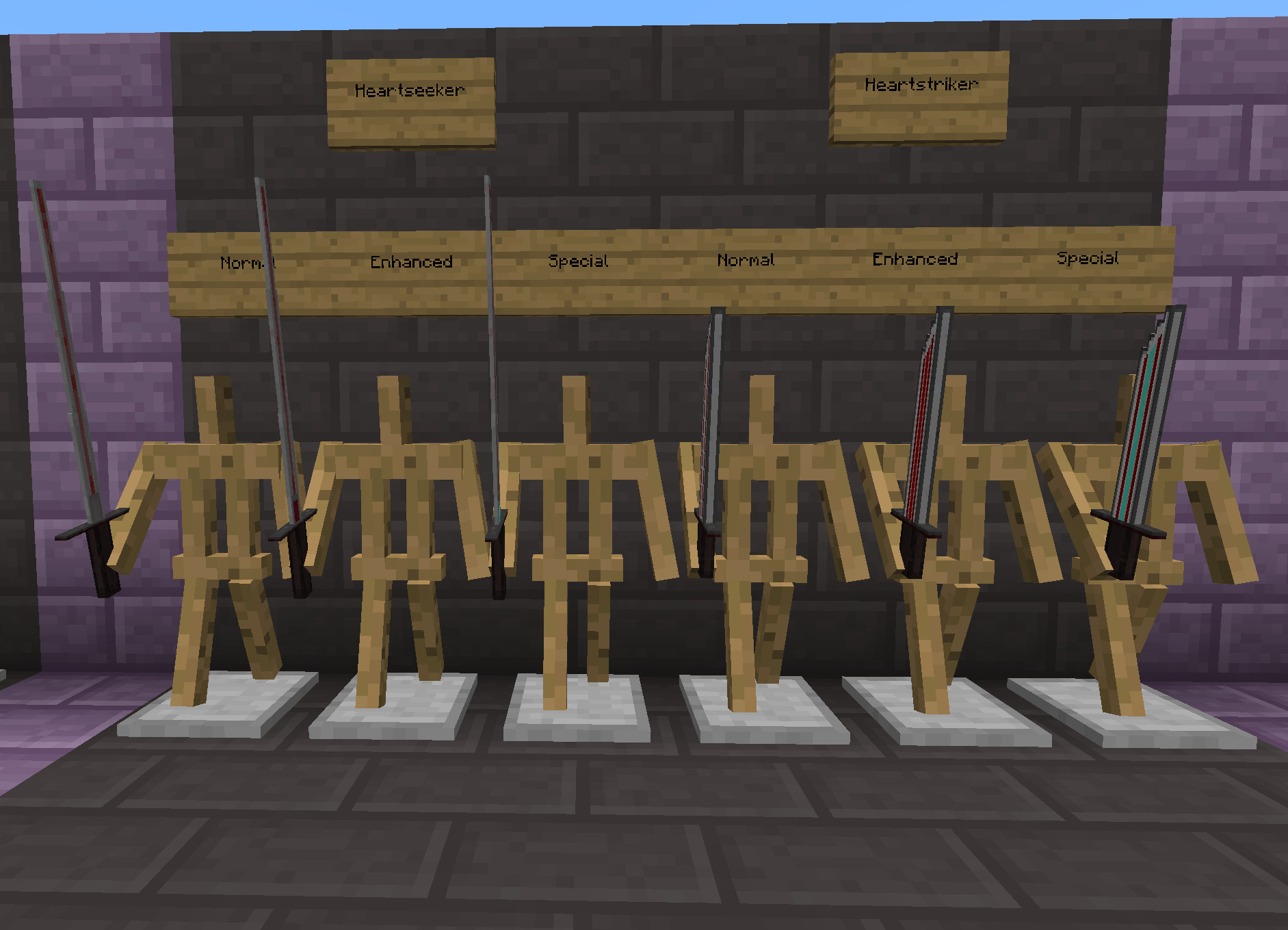 Some weapons specifically crafted for vampires can be charged with blood to improve their damage. However, players have to train with them to be able to use them perfectly. 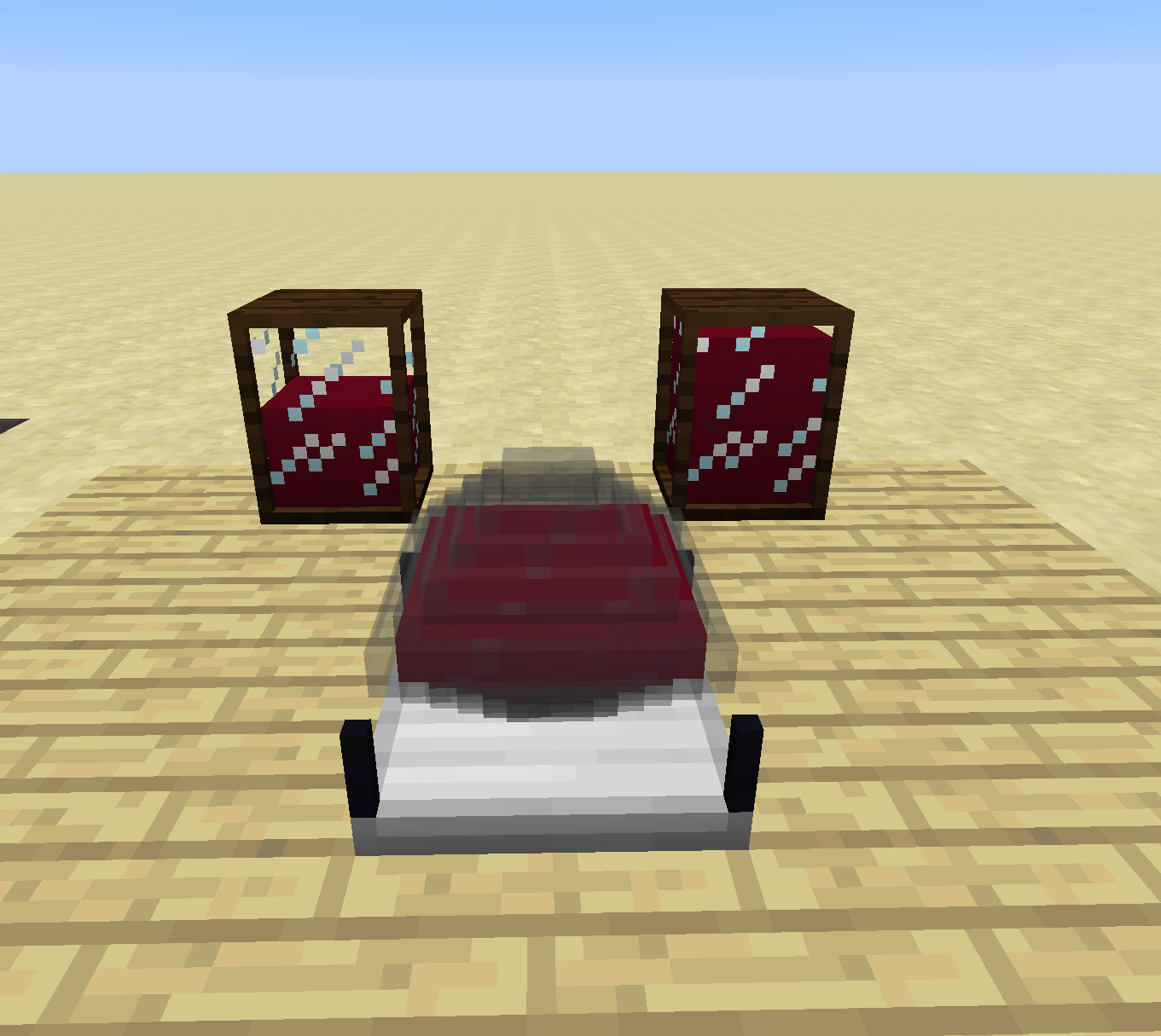 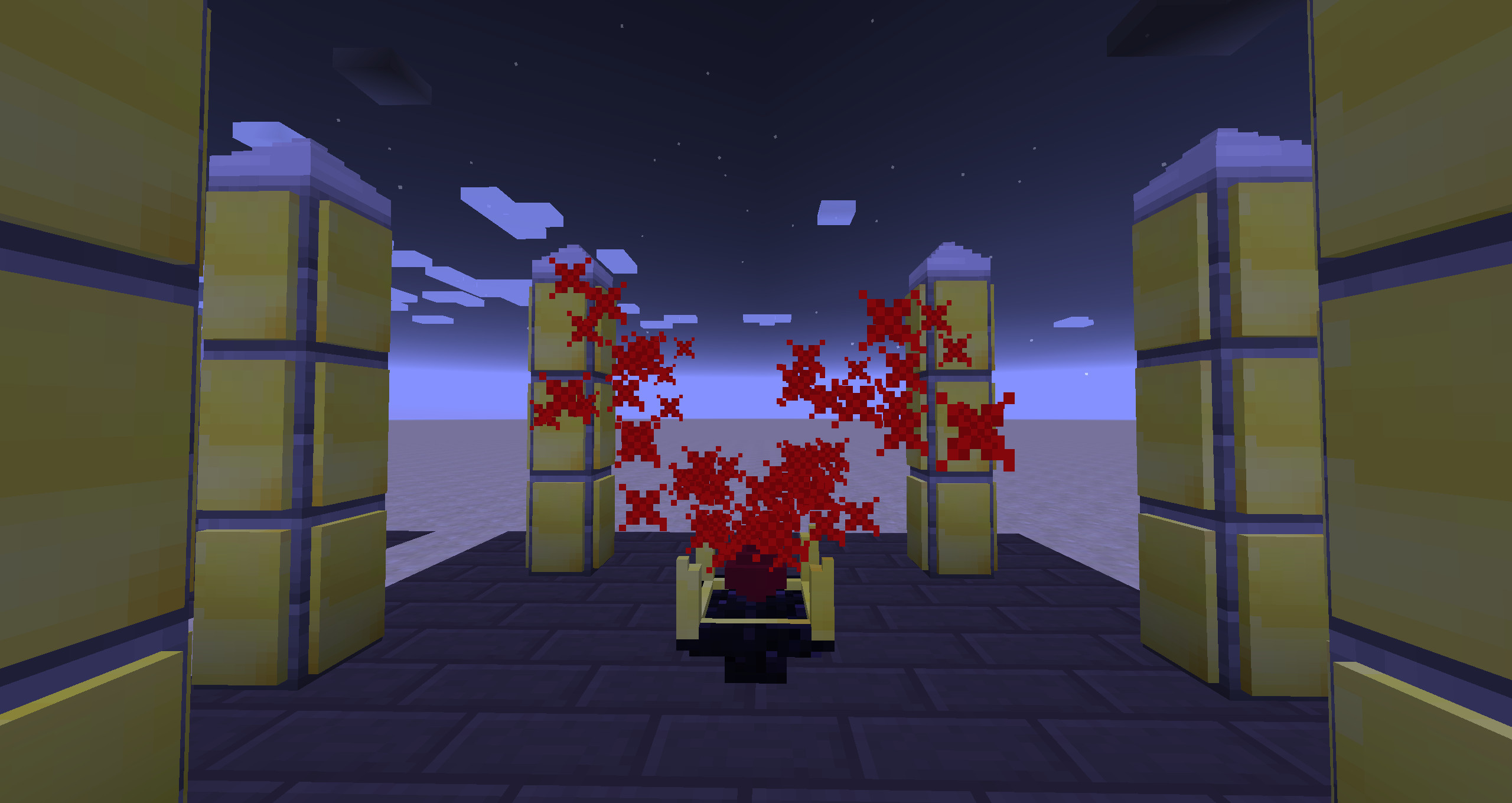 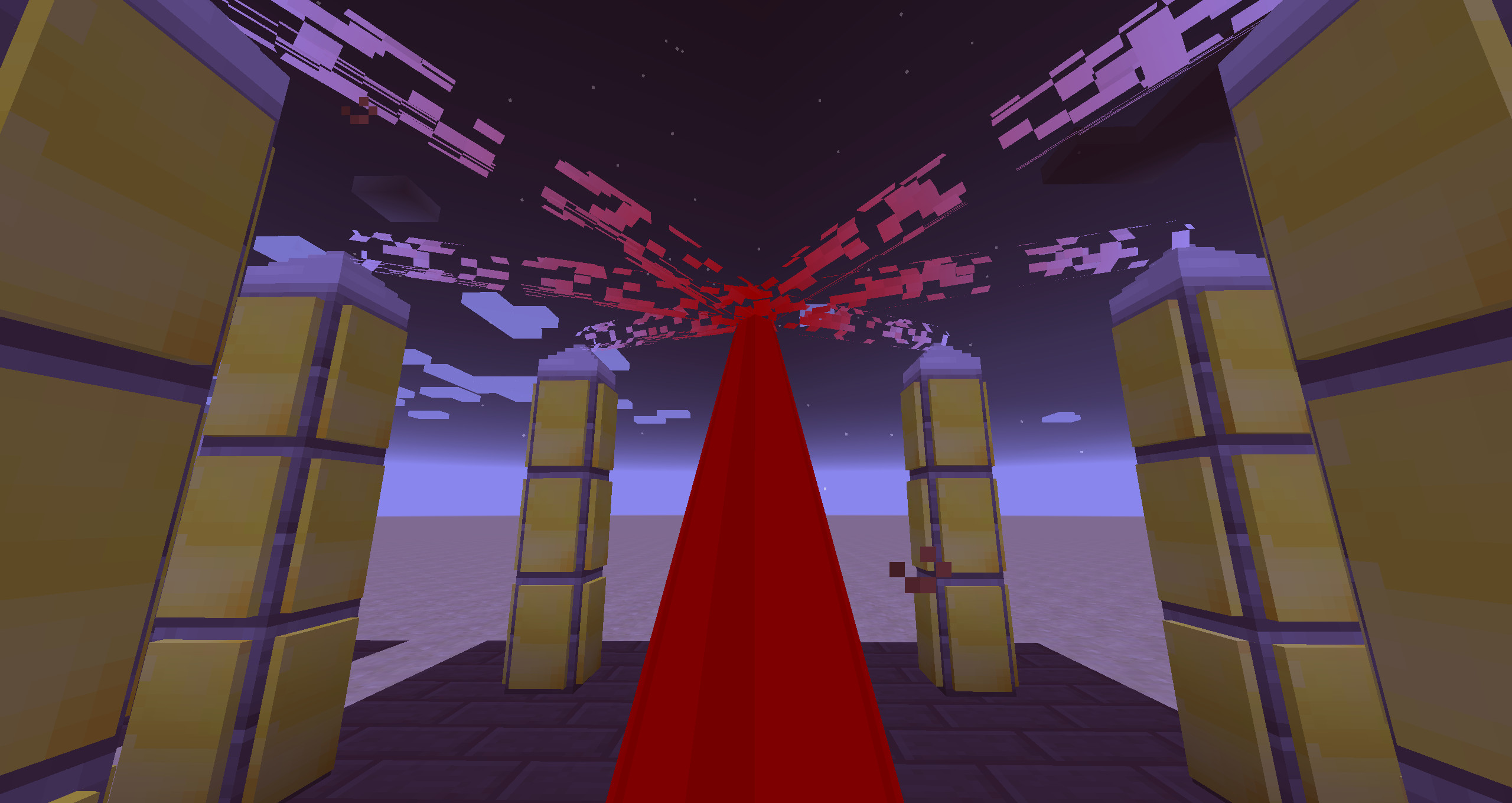 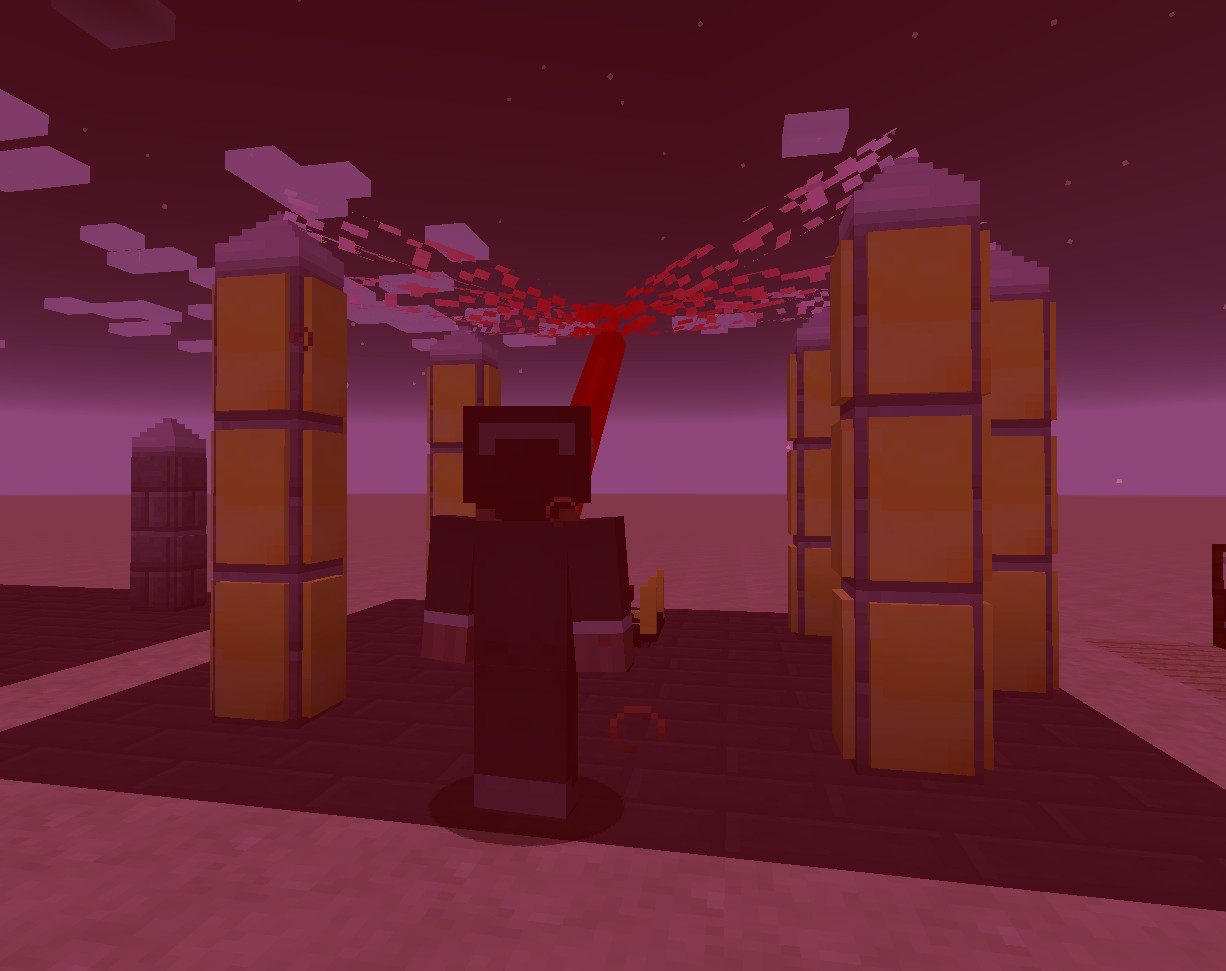 Altars allow vampires to perform rituals to level up. Depending on the level the requirements change. 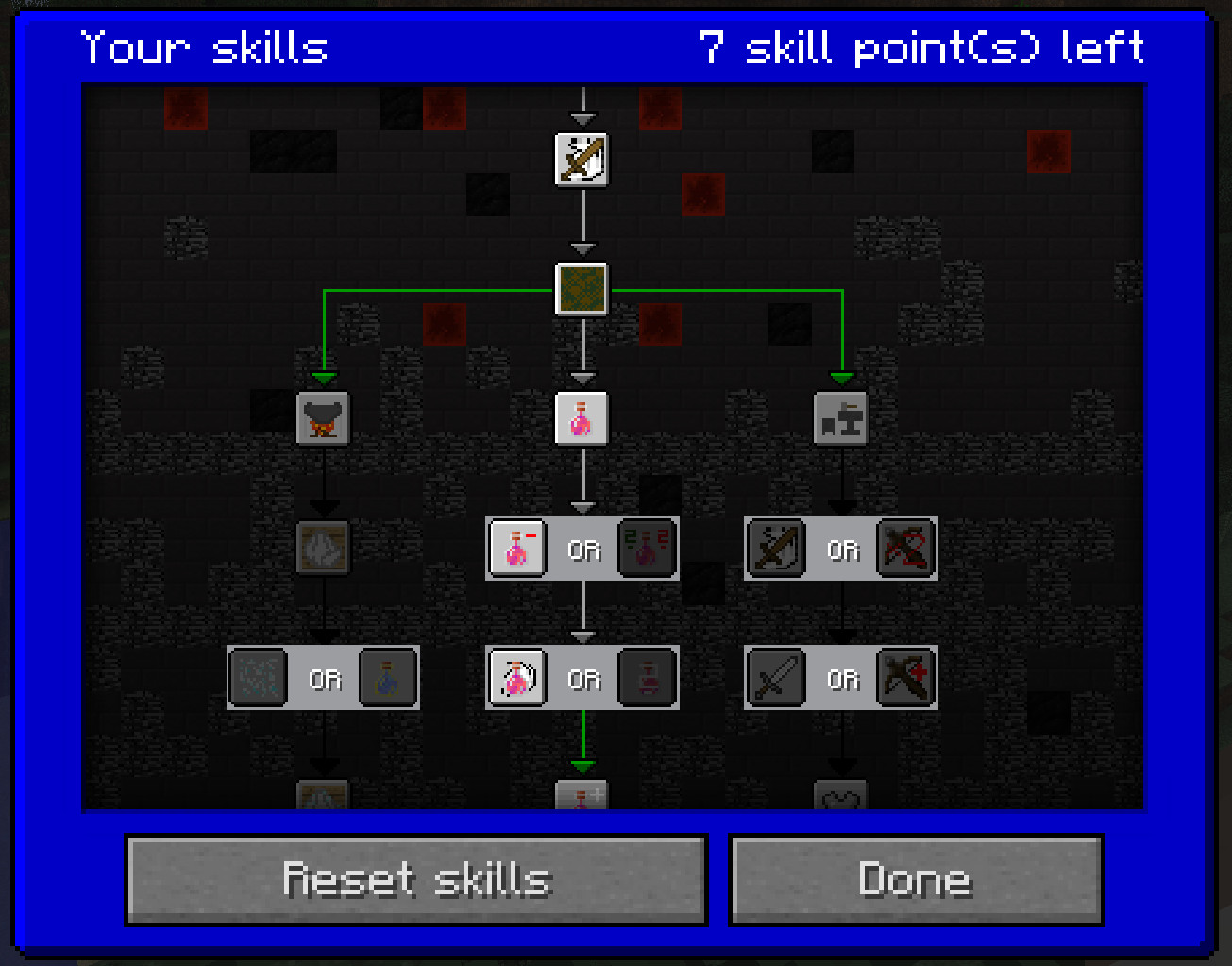 Hunter player can unlock many skills after leveling up to not give them more means to defeat the vampires but also to make themselves stronger. 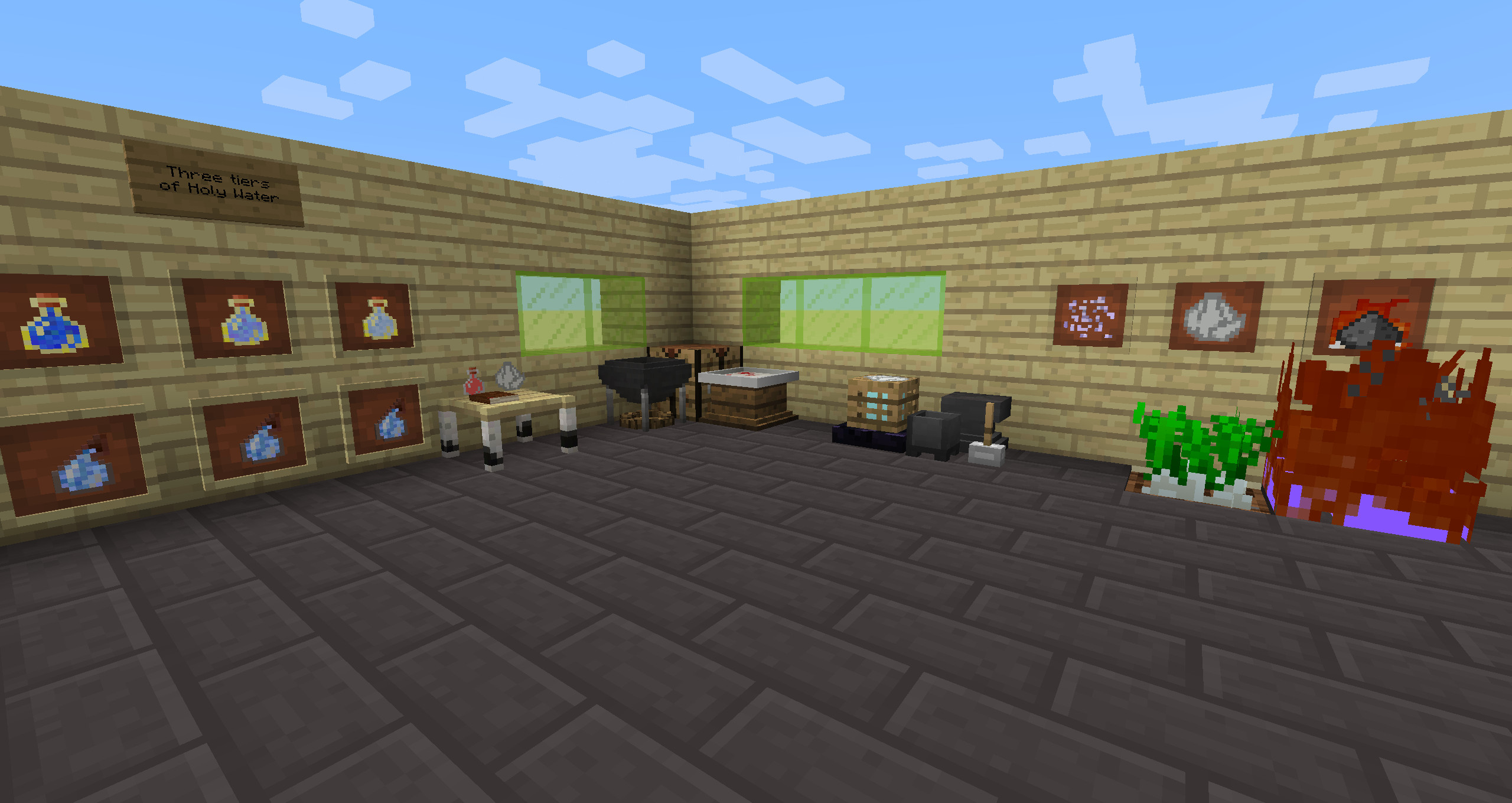 There are several blocks enabling hunter players to craft better weapons, brew special potions or keep vampires away. However, they have to learn how to use them first. 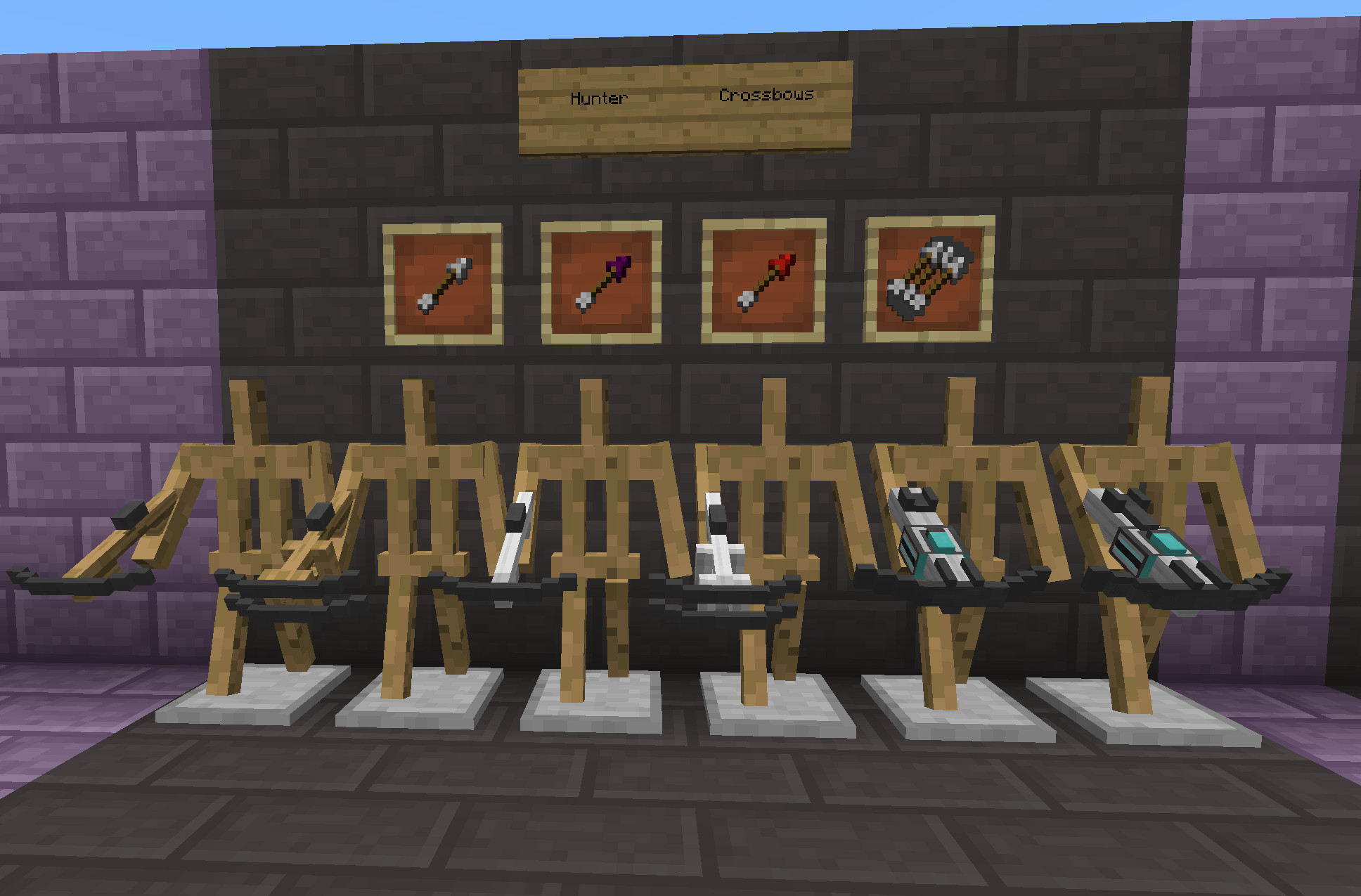 Some new weapons are these crossbows, which are available in different variants and with different arrow types. 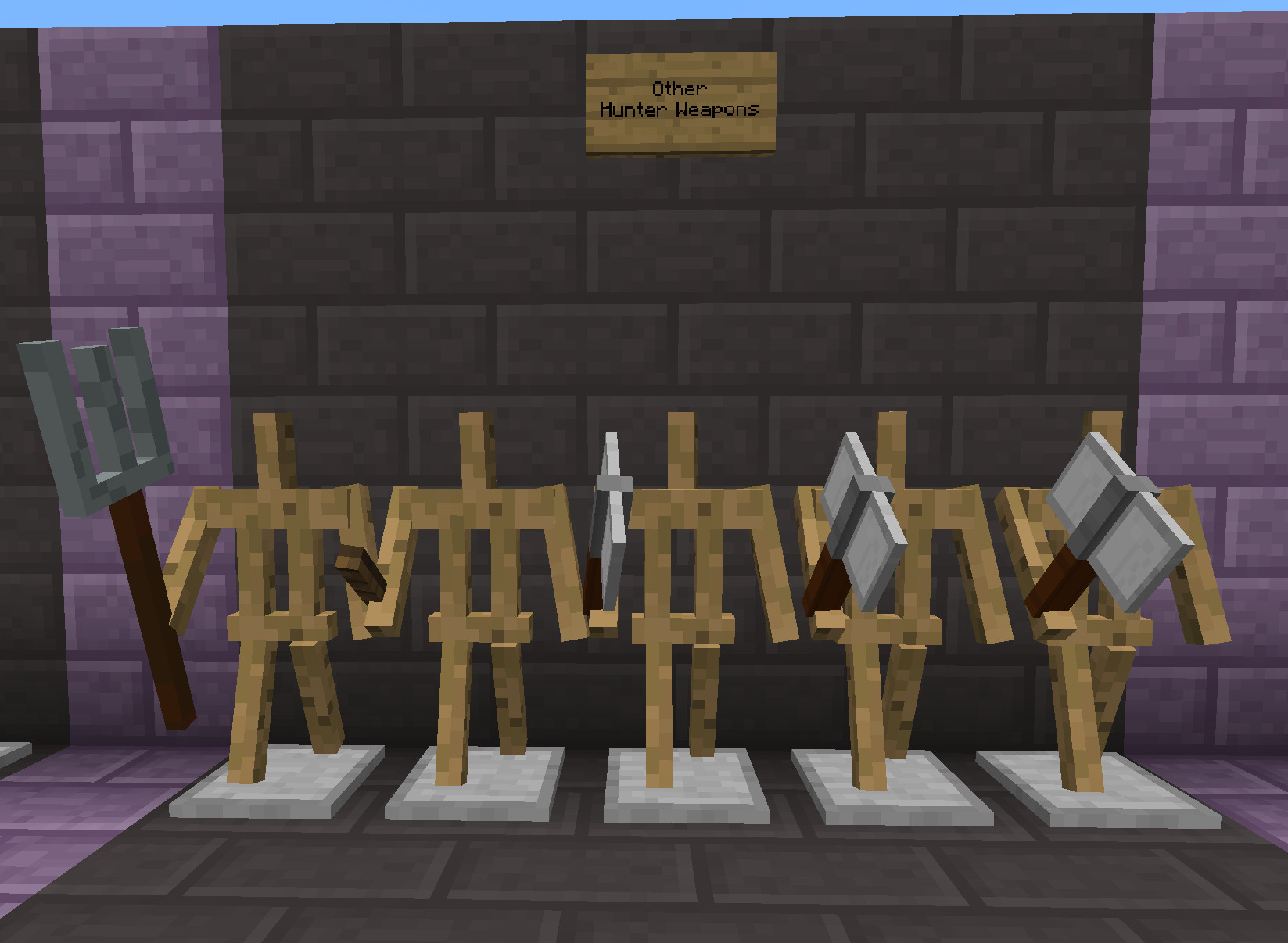 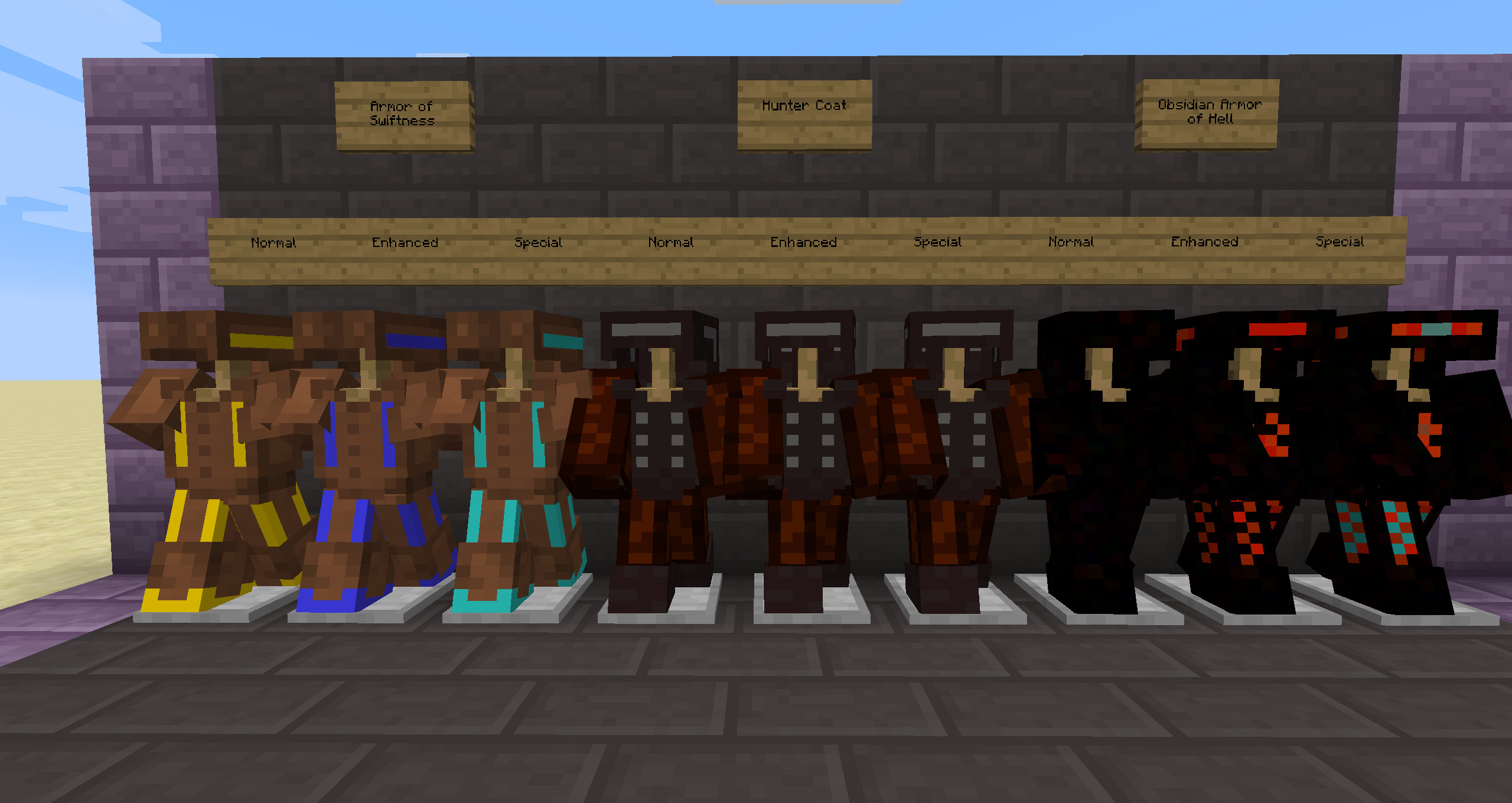 There are three different new armor types for hunter. They all come in three tiers. The middle tier is more difficult and expensive to craft. The highest one can only be found in loot chests around the world. 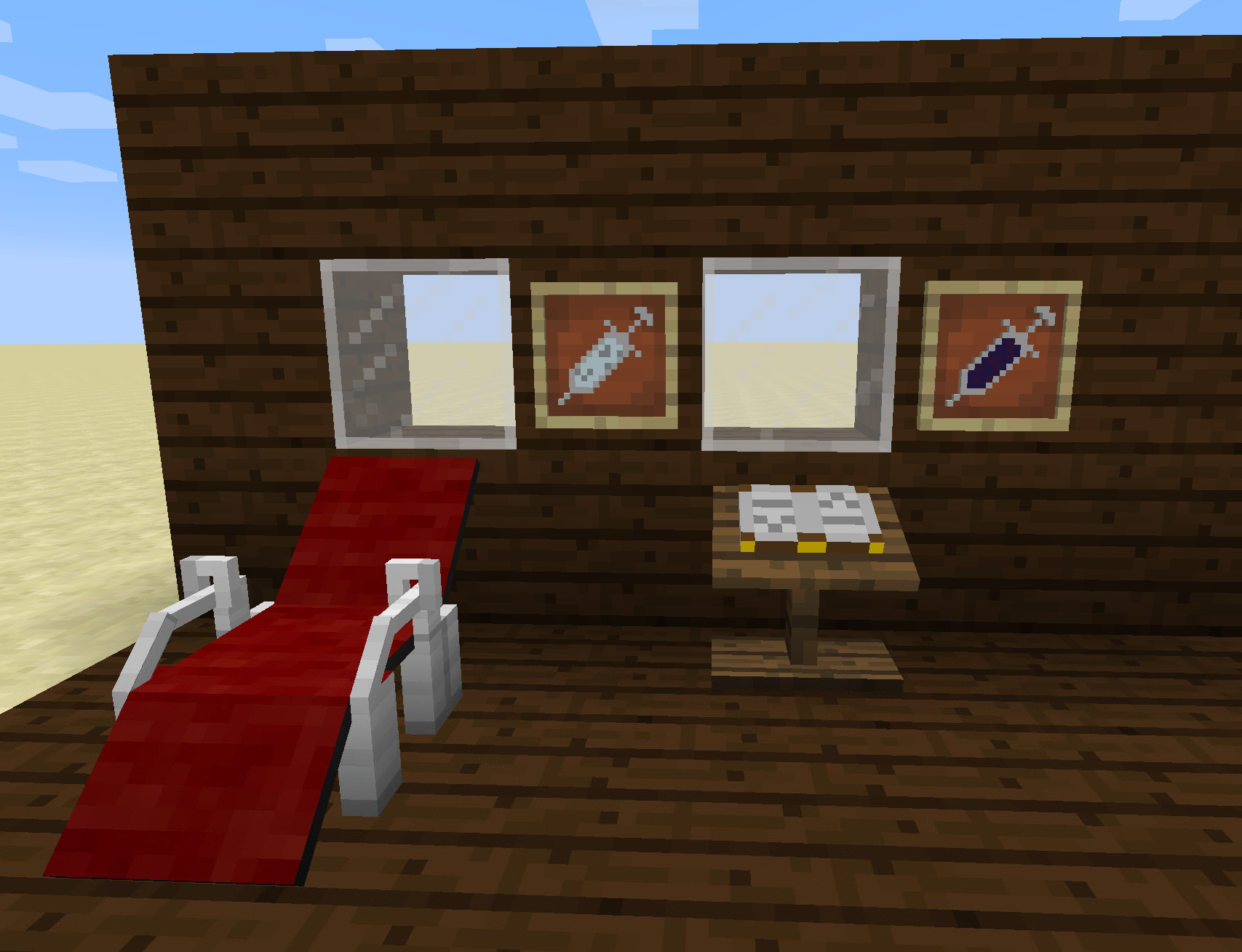 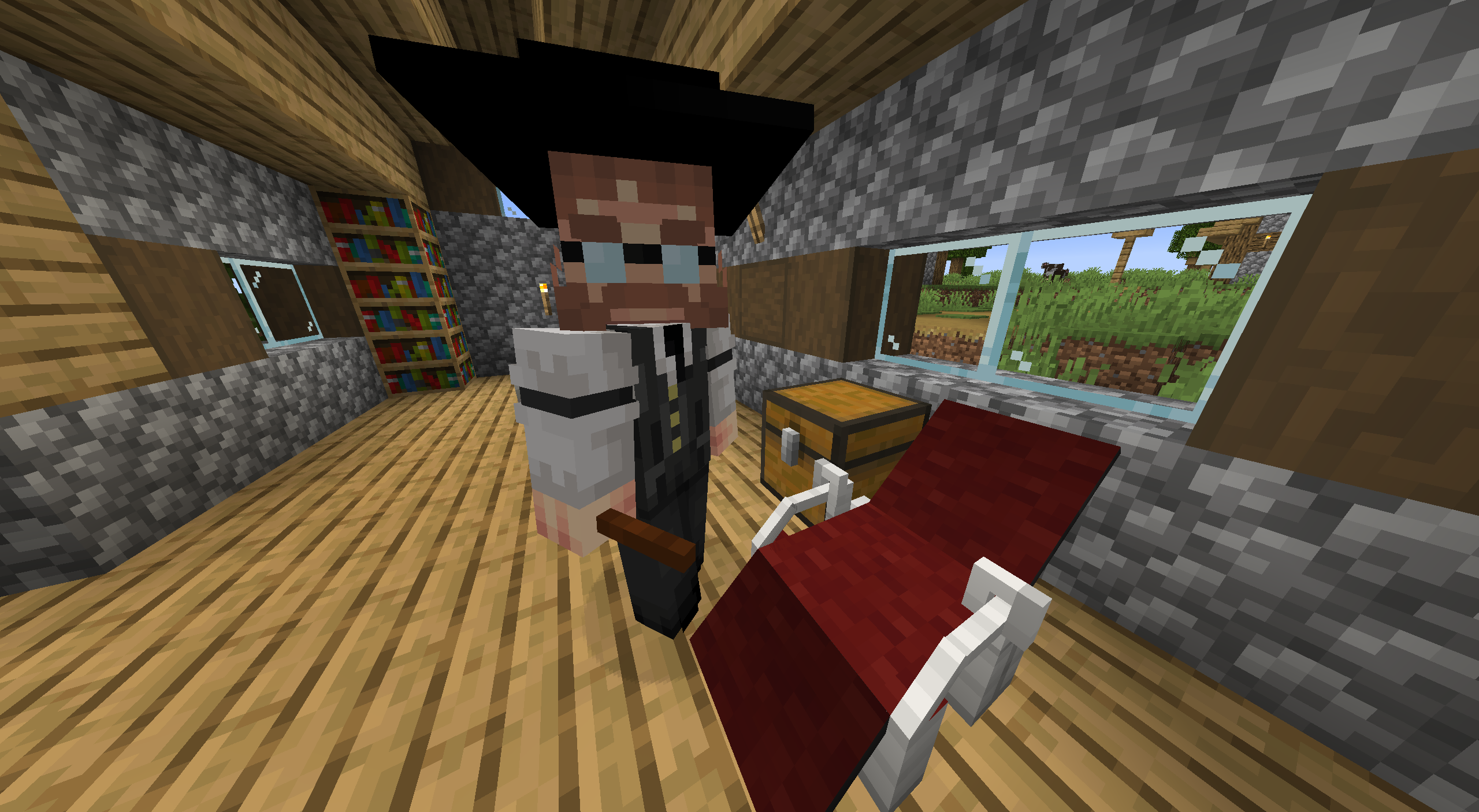 A special chair can be found alongside a trainer in a special village building. These are required for leveling up as a hunter.

After reaching the highest level as vampire or hunter you can become a vampire lord or a master hunter and obtain different ranks. Therefore, they must complete tasks for a vampire/hunter faction representative. 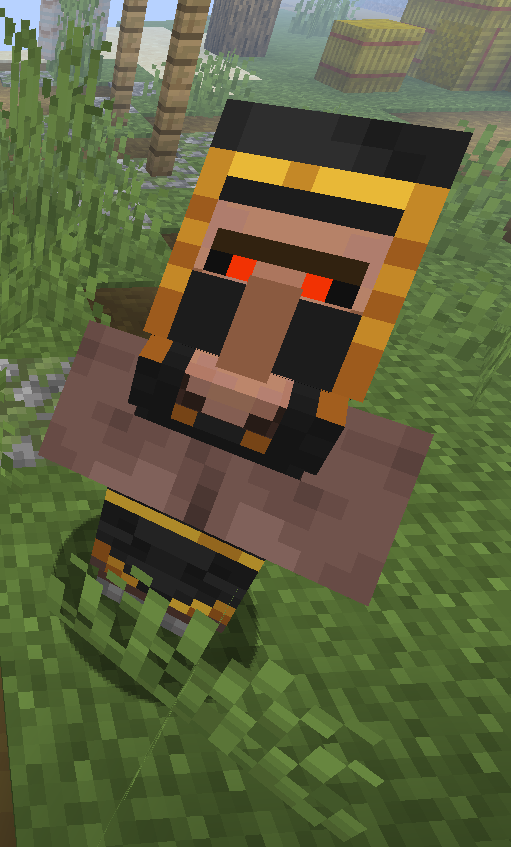 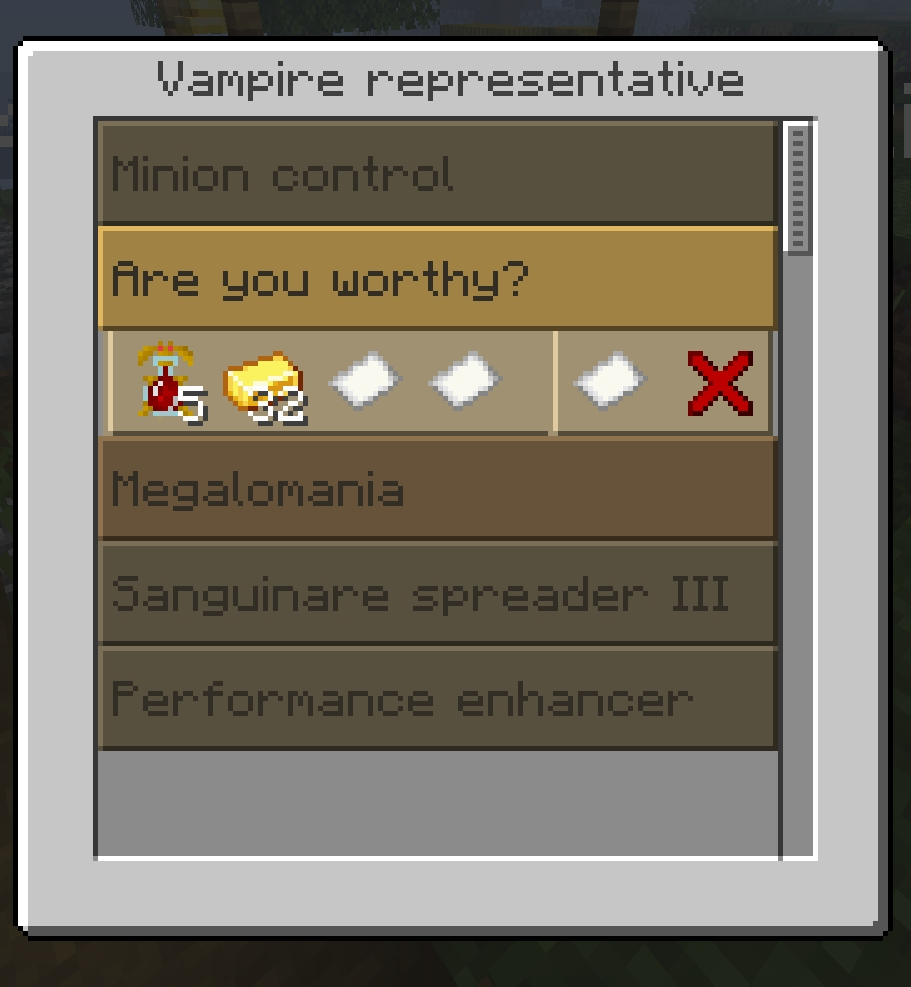 The higher your rank, the more minions you can control. Minions can be equipped with weapons and armor, store items in their inventory and be leveled up. You can give your minions various tasks like defend an area, collect resources or follow you. 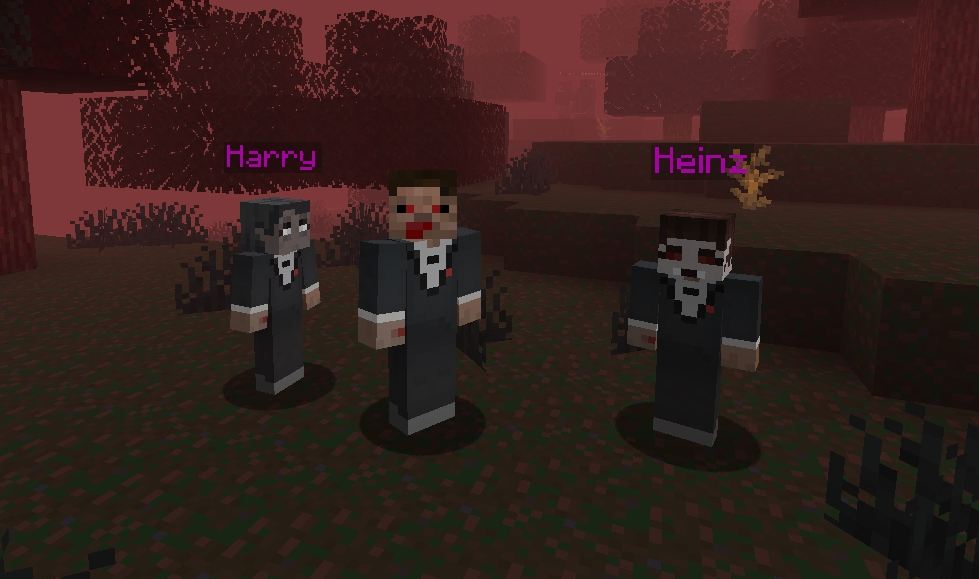 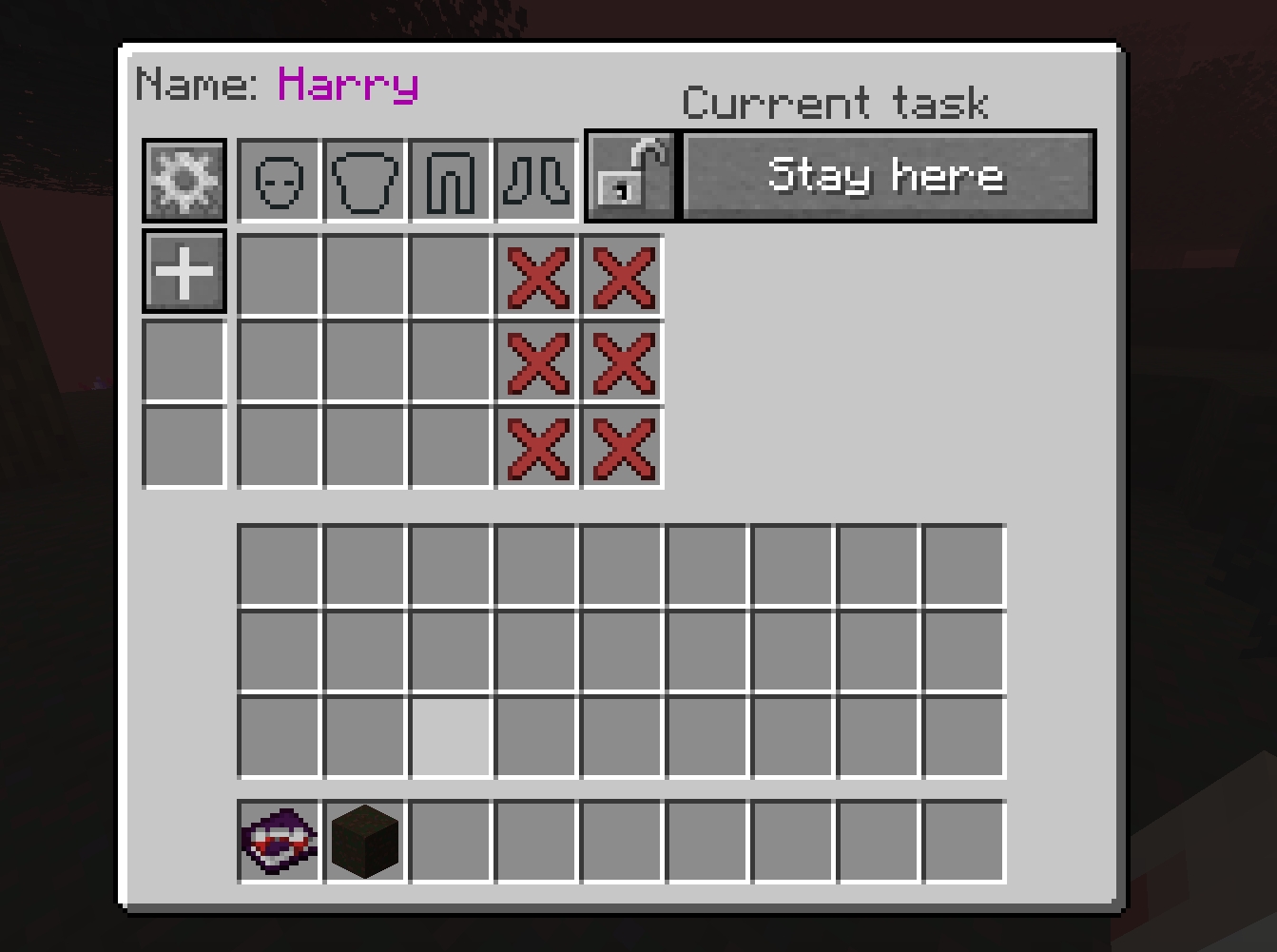 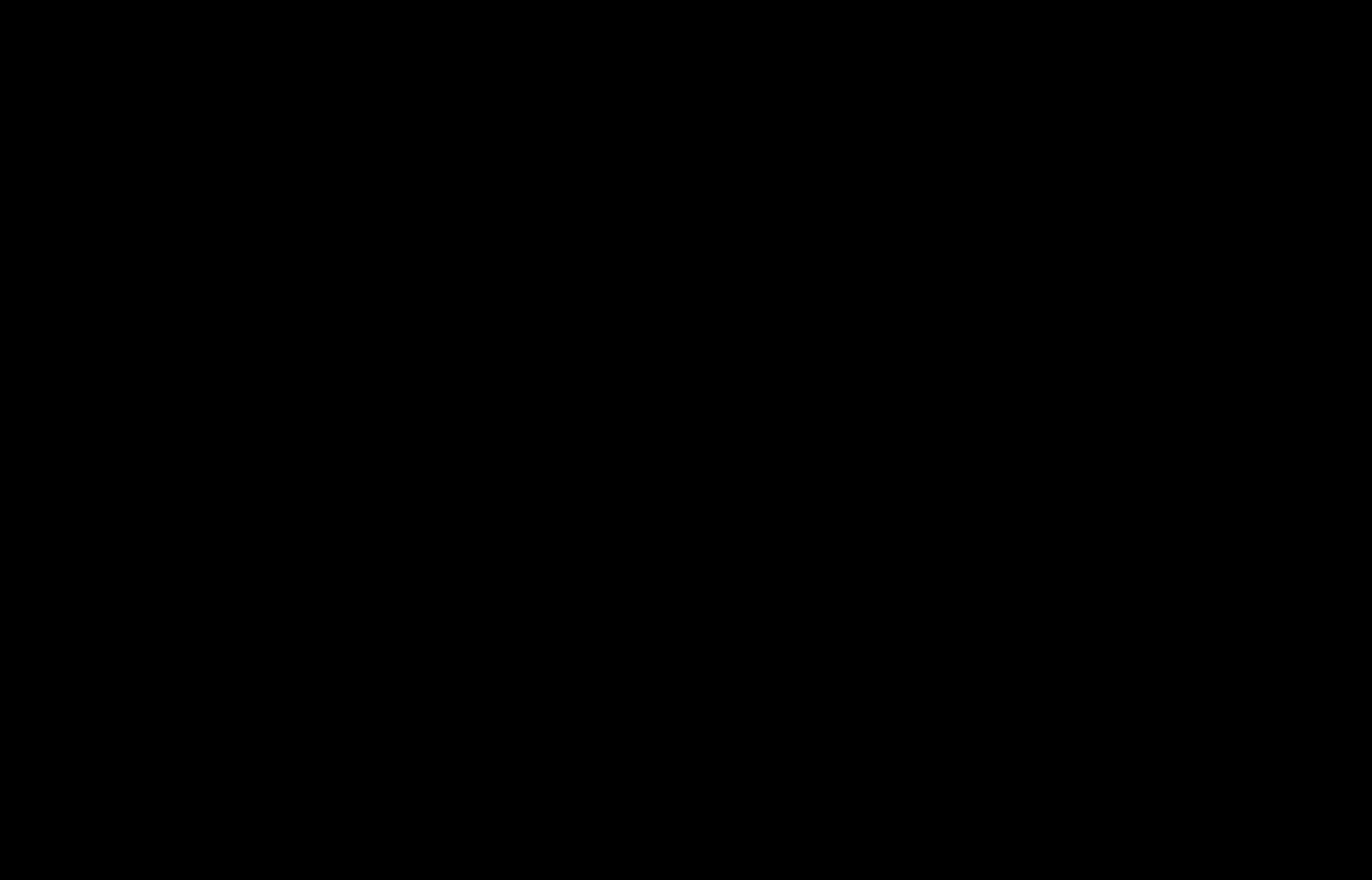 A guide to the config system of Vampirism.

Vampirism 1.7 is now available for MC 1.16.4. It is still an alpha, but should be quite stable already. This focuses on the late game and brings several brand new features as well as some reworked features brought back from MC 1.7.10.

You can finally become a vampire lord again and obtain and control your personal minions. Yes, if you are a hunter you can also become a hunter lord (aka master hunter) and recruit hunter NPCs to support you. Becoming a lord works a little bit different compared with MC1.7.10 though. You have to built yourself a reputation by completing tasks for the local vampire or hunter community. By completing certain tasks you can be appointed as vampire lord and even promoted to higher ranks. There are different lord ranks:

One things that probably hasn't seen much use since its release is the blood potion table and the related hunter skills. Therefore, it has been reworked/replaced based on a concept created by Pendragon and Kranzy. Instead of crafting potions with hidden and random effects, you can now control exactly what you are getting. With the respective skills you are able to greatly improve the duration or strength of vanilla potions or craft brand new ones. Furthermore, you can improve you efficiency, speed or throughput.

As a vampire you have been able customize your appearance (eye/fangs) for a long time now. However, using commands hasn't been the most convinient solution and it is unknown to many players. Therefore, a graphical interface accessible from the skill menu has been developed allowing you to quickly preview and compare different eye and fang types.

The hunter research table has become a tiny bit more complicated to use, bringing it on par with the vampire leveling process. The table has to be enhanced to reach the higher levels now. However, this can be done very easily by placing alchemical cauldron, weapon table and potion table directly adjacent to it.

Thanks to the great work of RebelT/PixelEyeStudios, Alis and 1LiterZinalco, Vamirism looks better than ever now. The vampire baron has gotten an overhaul, also introducing a baroness, the hunter trainer looks much more sophisticated now and many other textures have been modernized.

You want to carry around more blood with you but are tired of dealing with all those bottles in you inventory. Why not directly feed from a blood container in your inventory. While it already has been possible to feed from a placed down blood container, you can now use the specially designed feeding adapter to also feed from it while it is placed anywhere in your inventory. This can also be used to fill leftover blood into the container while feeding from a creature.

We need feedback especially on the usability/intuitivity of the minion controll and the "task master/faction representative" as well as on the balancing of the tasks.